Testimonies to Fatima's Miracle of the Sun

ON OCTOBER 13, 1917 God gave humankind the most spectacular, miraculous and persuasive sign of His existence, since biblical times. With this single even He proved his existence and affirmed the divine truths of the New Testament.

In a rain-soaked pasture near Fátima, Portugal, an estimated 70,000 people had gathered to see this event; God had drawn them there by granting a prior succession of apparitions for several months that summer; and in July His heavenly messenger had made a promise--widely published by the media--that, at the noon hour on October 13, all the world might observe undeniable proof of God.

Cited below are many witness accounts from that momentous day; elsewhere on this website are photos, newspaper accounts and personal memoirs.

As you read them, please acknowledge in your honest heart the reality of God's loving concern and mercy towards us. In God's New Testament Gospels we learn that we are lost sinners deceived and oppressed by God's enemy Satan; and thus God calls us to change our allegiances away from earthliness and upward, toward Heaven. Please commit your life to obeying God's word spoken through His Son Jesus in the Bible.

“. . . An indescribable impression overtook me. I only know that I cried out: I believe! I believe! And tears ran from my eyes. I was amazed, in ecstasy before the demonstration of Divine power . . . converted in that moment.”

Testimony of a Dr. Formigao, Professor at Santarem seminary

“As if like a bolt from the blue, the clouds were wrenched apart, and the sun at its zenith appeared in all its splendour. It began to revolve vertiginously on its axis, like the most magnificent fire-wheel that could be imagined, taking on all the colours of the rainbow and sending forth multi-coloured flashes of light, producing the most astounding effect. This sublime and incomparable spectacle, which was repeated three distinct times, lasted for about ten minutes.

“The immense multitude, overcome by the evidence of such a tremendous prodigy, threw themselves on their knees. The Creed, the Hail Mary, acts of contrition, burst from all lips, and tears, tears of thanksgiving and repentance sprang from all eyes.”

Report of John Carreira, a boy at the time of the miracle, who eventually became a sacristan at the Fátima shrine, serving for 50 years. On 13 October 1917, onlookers in the crowd pressed him against the three visionary children, so that
“my knees jammed between Lucia's and Francisco's feet,” he later wrote.

“…I saw the sun spinning round and it seemed about to come down on us. It revolved like a bicycle wheel. Afterwards, it returned to its place . . . I wasn't afraid, but I heard people cry out: 'Oh, we are going to die! We are going to die!'”

“I saw the sun as if it were a ball of fire, begin to move in the clouds. It had been raining all morning and the sky was full of clouds, but the rain had stopped. It lasted for several seconds, crushingly pressing down on us. Wan faces, standing here, from every side great ejaculations, acts of contrition, of the love of God. An indescribable moment! We feel it. We remain dominated by it. But it is not possible to describe it.”

“I looked at the sun and saw it spinning like a disc, rolling on itself. I saw people changing colour. They were stained with the colours of the rainbow. The sun seemed to fall down from the sky… The people said that the world was going to end . . . They were afraid and screaming.”

“I saw the sun turn upon itself; it seemed to fall from the sky The people around me were crying that the world was going to end.”

“The sun started to roll from one place to another and changed to blue, yellow -- all colours. Then we see the sun coming towards the children. Everyone was crying out. Some started to confess their sins because there was no priest around there . . . My mother grabbed me to her and started to cry, saying: 'It is the end of the world!' And then we see the sun come right into the trees.”

“Suddenly the rain stopped and a great splendour appeared and the children cried: 'Look at the sun!' I saw the sun coming down, feeling that it was falling to the ground. At that moment, I collapsed.”

“I looked and saw that the people were in various colours -- yellow, white, blue. At the same time, I beheld the sun spinning at great speed and very near me. I at once thought: I am going to die.”.

Joaquim Lourenco, a schoolboy, was in the village of Alburitel, a few miles from Fátima.. He later became canon lawyer of the diocese of Leiria.

“… I looked fixedly at the sun, which seemed pale and did not hurt my eyes.

“Looking like a ball of snow, revolving on itself, it suddenly seemed to come down in a zigzag, menacing the earth.

“Terrified, I ran and hid myself among the people, who were weeping and expecting the end of the world at any moment. It was a crowd which had gathered outside our local village school, and we had all left classes and run into the streets because of the cries and surprised shouts of men and women who were in the street in front of the school when the miracle began.

“There was an unbeliever there who had spent the morning mocking the 'simpletons' who had gone off to Fátima just to see an ordinary girl. He now seemed paralyzed, his eyes fixed on the sun. He began to tremble from head to foot, and lifting up his arms, fell on his knees in the mud, crying out to God.

“But meanwhile the people continued to cry out and to weep, asking God to pardon their sins. We all ran to the two chapels in the village, which were soon filled to overflowing. During those long moments of the solar prodigy, objects around us turned all colours of the rainbow.

Abano Barros (a building contractor, who later became a U.S. citizen) witnessed the apparition from the village of Minde, eight miles away…

“I was watching sheep, as was my daily task, and suddenly, there in the direction of Fátima, I saw the sun fall from the sky. I thought it was the end of the world.”

Poet Alfonso Lopes Viera saw the miracle from a distance of 30 miles at the ocean-side town of San Pedro der Muel.

The miracle was also seen in Pombal, 32 miles north of Fátima.

The total land-area of visibility, based on witness interviews, was approximately 32 by 20 miles.

Summation by a Scientist...

Fr. Pio Sciatizzi, professor of algebra and trigonometry at the Gregorian University, Rome, author of Fátima in the Light of Faith and Science in the 1940s wrote this:

“Of the historic reality of this event there can be no doubt whatsoever. That it was outside and against known laws can be proved by certain simple scientific considerations… Given the indubitable reference to God and the general context of the event, it seems that we must attribute to Him alone the most obvious and colossal miracle of history.”

NOTE: The above reports and others were published in 1961 in Meet the Witnesses, by John Haffert, International Lay Delegate of the Blue Army of Our Lady of Fátima. (A.M.I. Press, Washington, N.J., U.S.A.).

What the Apparitions May Mean...

GOD'S EXTRAORDINARY GRACE at Fátima quite intentionally evokes to our minds the first Advent of Christ, 2000 years ago. This connection can be seen by carefully comparing the events at Fátima with several remarkably parallel events recounted in the New Testament. Surely, this affirmation was a part of God's deeper purpose at Fátima; He wished to counter-act modernism, and the inundation of inculcated doubts and arrogant denials of the New Testament. Fátima should be thought of, above all else, as a powerful sign of Christ's divinity, in perfect harmony with the witness of the New Testament.

Parallels between Fátima and Christ's first Advent are numerous;

THE HISTORICAL SIGNIFICANCE of Fátima for the Christian faith is monumental. Fátima powerfully affirms the divine truth embodied in Christ -- whom the Bible proclaims is God's Son; God is thereby manifested in flesh and bequeathed to his followers as a risen, spiritual Feast.

For if God could cause the sun to gyrate wonderfully at Fátima -- to descend and to rise up again (as thousands of testimonials affirm) -- then God could surely have raised Jesus from the grave; and, after some weeks on earth, Jesus was lifted up into Heaven before witnesses -- just as the New Testament states (Acts 1.9-11).

In a modern-day miracle, God in Heaven has shattered the crazed pretensions and materialistic delusions besetting modernitys.

All that remains for you, is to acknowledge the historical truth and then abide by the implications. Surely, the only honorable response is to accede to the divine reality: We should all bow in obeisance to Heaven’s true Messenger, God's Son Jesus Christ.

I find it odd that nowhere in this post is the Mother of Our Lord mentioned. Is this deliberate?

The purpose of including this post, not sctually written by us, was to highlight the Miracle of the Sun at Fatima on October 13, 1917.
Obviously the whole blog site, "Heaven's Program For Salvation" is dedicated to Our Lady of the Rosary at Fatima, and everything that pertains to Her.
It is a bit surprising that the author of the particular article did not actually mention Her anywhere, we must admit. 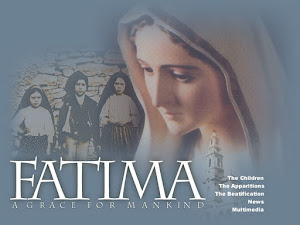 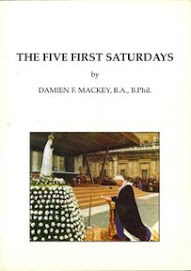 'When you see a night illumined by an unknown light, know that this is the great sign given you by God that he is about to punish the world for its crimes, by means of war, famine, and persecutions of the Church and of the Holy Father. "To prevent this, I shall come to ask for the consecration of Russia to my Immaculate Heart, and the Communion of Reparation on the First Saturdays. If my requests are heeded, Russia will be converted, and there will be peace; if not, she will spread her errors throughout the world, causing wars and persecutions of the Church. The good will be martyred, the Holy Father will have much to suffer, various nations will be annihilated. In the end, my Immaculate Heart will triumph. The Holy Father will consecrate Russia to me and she will be converted, and a period of peace will be granted to the world.' (Our Lady of the Rosary at Fatima, July 13, 1917). [Read complete book at this site].